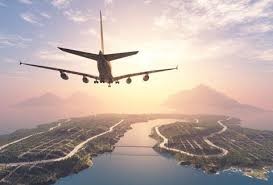 Pakistan is one of the most beautiful places in the world. Its beauty can be found in the combination of its people, tradition, culture and places. For the common traveller who is visiting Pakistan to tour the country, a beautiful place to start is in Lahore.

Lahore is the capital of the Punjab province; it is said to be the country’s cultural capital and the birthplace of Pakistan’s Islamic identity. The residents of Lahore, have been dubbed the “people whose hearts are alive”. The city is a colorful place and has the allure of food, architecture and beautiful trinkets.

Some interesting things to know about and experience in Lahore are:

Lahore residents are famous for their love for life and their free spirits. Locals are known for their spontaneity and they can at any time burst into ballads and dance. One television presenter left his role and began dancing in the rain with the locals.  To get to Lahore find cheap direct flights to Pakistan.