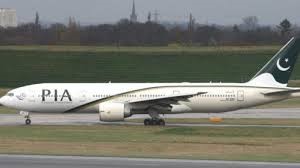 Book cheap PIA flight tickets from the UK to Lahore!!

Tourism in Pakistan is flourishing with nearly half a million tourists visiting Pakistan each year. Some of the favourite attractions in Pakistan include the ruins of the Indus Valley civilization which include Harappa, and Mohenjo-Daro ruins. There are other monuments which are popular all over the world and are classic examples of ancient architectural styles prevalent in the Mughal era.

Pakistan also has several Himalayan hill stations and several prominent peaks which can be sighted from the hill stations. Many of these peaks are over 7000 meters in height and are awe-inspiring and a sight to behold. Many tourists visit Pakistan to catch a glimpse of these majestic peaks or for a much-needed vacation to one of the many hill stations.

PIA operates direct flights from London to Lahore, with a total flight time of 8 hours. This is convenient for the passengers as they do not have to make alternate arrangements of stay or spend endless hours at the airport waiting for this connecting flight. However, this is not the only reason to select direct flights. Tickets for these flights can be bought cheap and at discounted prices from online travel websites.

Passengers are advised to purchase flight tickets way in advance to avoid any unnecessary last minute rush. Also, if tickets are bought in advance, passengers have the option to avail of early bird discounts on offer by the airlines.

Different services offered by PIA to its passengers are as follows: